Prague is a city of many things. Besides being absolutely beautiful and equal to Paris with its attractiveness, it boasts millennial history, the best beer that is cheaper than water, a large cultural scene expressed in concerts and museums, and unforgettable nightlife. For a while, I lived here and perfected this Prague walking tour every time I had a visitor in town.

Therefore, this self-guided walking tour is perfect for those who are short on time while visiting the capital of Czechia, want to visit the top Prague attractions in a day, and have plenty of time to go to the museums, shop, drink beer, try local cuisine, go on day trips from Prague or whatever once desire to do. And if you have more time, here’s your two-day itinerary for Prague to make the most out of your trip to Czechia’s capital.

The length of this Prague walking tour is 6km and will take you at least half of the day depending on when you start, your walk’s pace, and how long you will stay in each location. Save the map to your Google account.

The city’s main square is a landmark of many historical events such as demonstrations, celebrations, and other public gatherings. Named after Saint Wenceslas, Bohemia’s patron saint, the area is more of a boulevard rather than a square.

On one end, there is a neoclassical National Museum, and on the other pathway to Old Town. A statue of St. Wenceslas on his horse adorns the area.

A vibrant place with apartments, restaurants, nightclubs, shops, and hotels, the square is the meeting point for many, including locals and visitors.

B. Upside-Down Statue of St. Wenceslas

The Lucerna Palace hides a rather interesting sculpture of St. Wenceslas. Called The Dead Horse is a work of Czech sculptor David Černý. Some consider it a parody of a statue in front of the National Museum, but for some, it is an attack on Vaclav Klaus, President of the Czech Republic.

However, Černý never comments on this work; he does not need to honestly. If you see something extraordinary on your trip to Prague, like an old Soviet tank painted in pink floating on the Vltava, then you are a witness of Černys, another creation. You can see his more permanent arts across the city.

The Gothic tower is one of the original city gates out of 13. It was intended to be a nice-looking city entrance, as an alternative to a defensive tower. In the 19th century, the tower was used for the coronation ceremonies, during which Kings of Prague would walkthrough and lead to Prague Castle.

The name, Powder Tower, comes from when the city initials used it to store gunpowder. Right behind the tower is a breathtaking Municipal Hall for you to check out. And if you fancy a classical music concert, you can attend one here.

Astronomical Clock, or Orloj as locals call it, is a medieval clock installed in 1410. It is considered the third older clock in the world and the oldest one that operates. The clock attracts hundreds of tourists each hour to watch a marvelous mechanical performance of 12 apostles greeting the city, a skeleton ringing a bell, a miser with a purse full of money, a Turk shaking his head, and Vanity looking in a mirror.

While looking at the clock, you can tell what day it is and its position in the week, month, and year. Besides, the clock tracks Sidereal time, Central European, and Babylonian.

A 621 meters long pedestrian Gothic bridge was the only means of river Vltava crossing until 1841; therefore, it played an important part in connecting Prague Castle and Old Town. Guarded by three towers, the bridge boasts 30 statues and statuaries mostly made in baroque style. Currently, erected statues are replicas of the original.

The Prague walking tour is not complete without visiting John Lennon Wall, a manifestation of freedom, peace, and love. The wall is full of different lyrics of Beatles songs or other forms of graffiti, making it an attractive spot for visitors. The whole concept started in 1988 by youngsters to demonstrate their thoughts about the communist regime. The authorities repainted the wall; however, the activists did not back down and redrew poems the next day.

The wall endlessly experiences change, and the original portrait of Lennon is long lost. However, it is always full of absorbing writings or drawings. You can put your mark on the wall as well.

A baroque church built between 1704-1755 is located right at the end of Charles Bridge. The inspirer of the church’s such beautiful interior was the chapel of St. Louis-des-Invalides in Paris.

During WWII, the local army stationed at St. Nicholas was set to restore once closed church by the emperor Josef II together with professional artists. What you see today is thanks to their marvelous work. Today it serves as a church and a venue for classical concerts.

Get ready to hike a hill to get to Prague Castle, the largest coherent castle complex in the world, covering an area of almost 70,000 m². A UNESCO World Heritage site, the complex features large-scale palaces and ecclesiastical buildings all done in different architectural styles.

Historically, the castle has been an official seat for kings, emperors, and presidents. The Bohemian Crown Jewels are hidden in a dedicated room inside the compound.

Besides the churches and towers, the complex boasts of a unique small street called Golden Lane. According to a legend, the name derives from the alchemists who looked here for gold production. However, they never lived or worked here.

The lane features tiny colorful houses and accommodates souvenir shops and a Medieval armory museum. Also, Franz Kafka used house no.22 for his writings in a peaceful environment.

Even though there is an entrance fee for those significant places, you can wander here for free after the closure of Prague Castle’s interior. However, bear in mind that some of the shops might be closed.

The formerly Jewish ghetto of Prague, Josefov, lies in Old Town. Its history started in the 13th century when Jews were ordered to empty their houses and settle in only one place. Over time, new Jews would arrive from neighboring countries leading to compact and overcrowded settlements.

The Quarter has six synagogues, the ceremonial hall, and the old cemetery, the most remarkable of its kind in Europe. The landmarks even survived the Nazi occupation; Hitler himself decided to save it as a “Museum of an Extinct Race.”

And now you are back at a historic square of Prague center located between Wenceslas Square and the Charles Bridge.

The square features buildings of different architectural styles such as the Gothic Church of Our Lady before Týn and Astronomical Clock and many souvenir shops, art galleries, museums, shops, and restaurants.

You must be hungry after that walk, right? Take a look at the must-visit restaurants for food lovers in Prague

How to get to Prague

As Czechia is basically the center of Europe, you won’t have any problems getting to Prague from any city of Europe or elsewhere. There are various airline companies flying to and from Prague, even the budget-friendly ones like Wizzair and Ryanair. The city has one airport for both domestic and international flights.

Getting to the city center is easy. It would be best if you take a bus to the last stop of the metro stop Nádraží Veleslavín (Green Line). Driving to Prague is another option from nearby countries like Slovakia, Germany, Hungary, Austria, and some Polish cities.

Prepare for the trip

To ease your travel planning, check out all the posts about Czech Republic travel. Additionally, here are some of the websites and services I use when preparing for my next adventure anywhere in the world.

✈ Book affordable flights on Kiwi.com, a platform that shows the best routes and flight deals to your destination.

🚫 Get compensation for up to 700$ with Airhelp if your flight was canceled or delayed within the last 3 years.

💸 Use Wise to withdraw money in local currency without hidden fees and avoid high exchange rates. On top, you might get their Visa or Mastercard debit card.

🏨 Find budget-friendly deals on all sorts of accommodation types on Booking.com.

🚗 Pre-book a private transfer from Prague Airport to your hotel.

🩺 Buy the most flexible and budget-friendly travel insurance, SafetyWing, that also covers COVID.

☀ Book in advance some of the best city walks, cultural experiences, and day tours to maximize your stay and experience here. 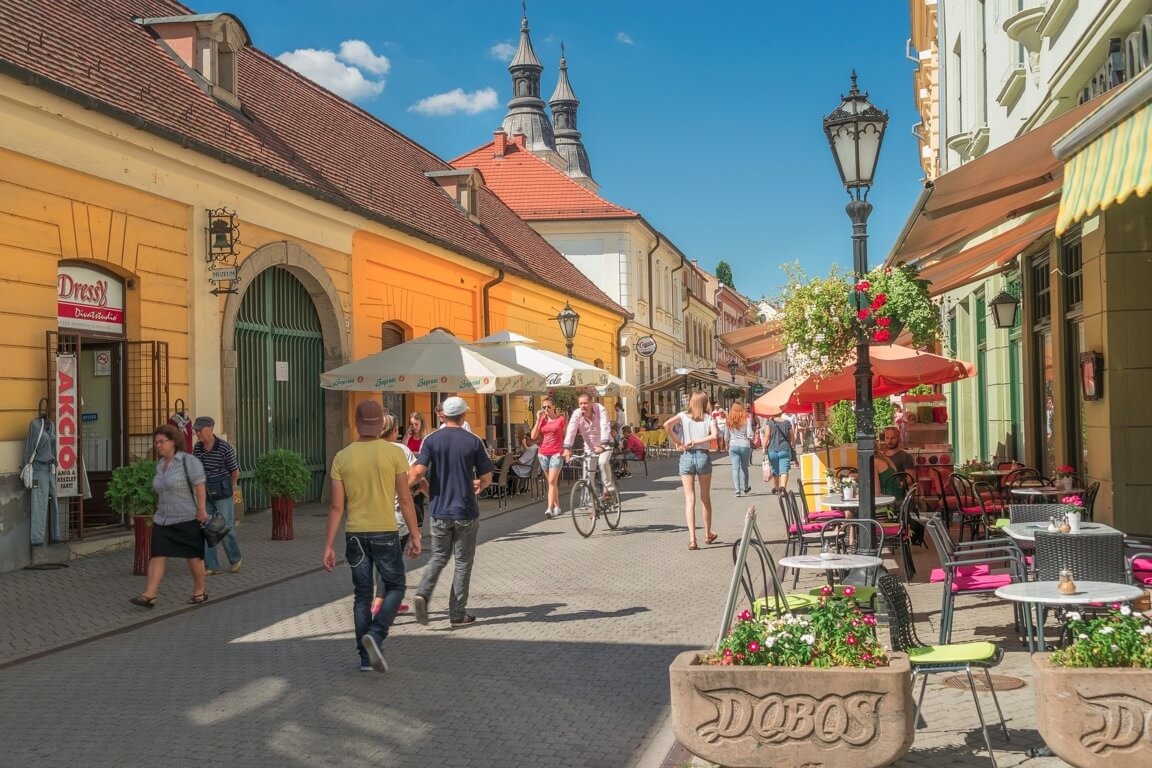 Read the detailed guide to top day trips from Budapest in Hungary, Austria, Romania, Serbia, and Slovakia, plus weekend trips to Croatia, Ukraine, and Poland 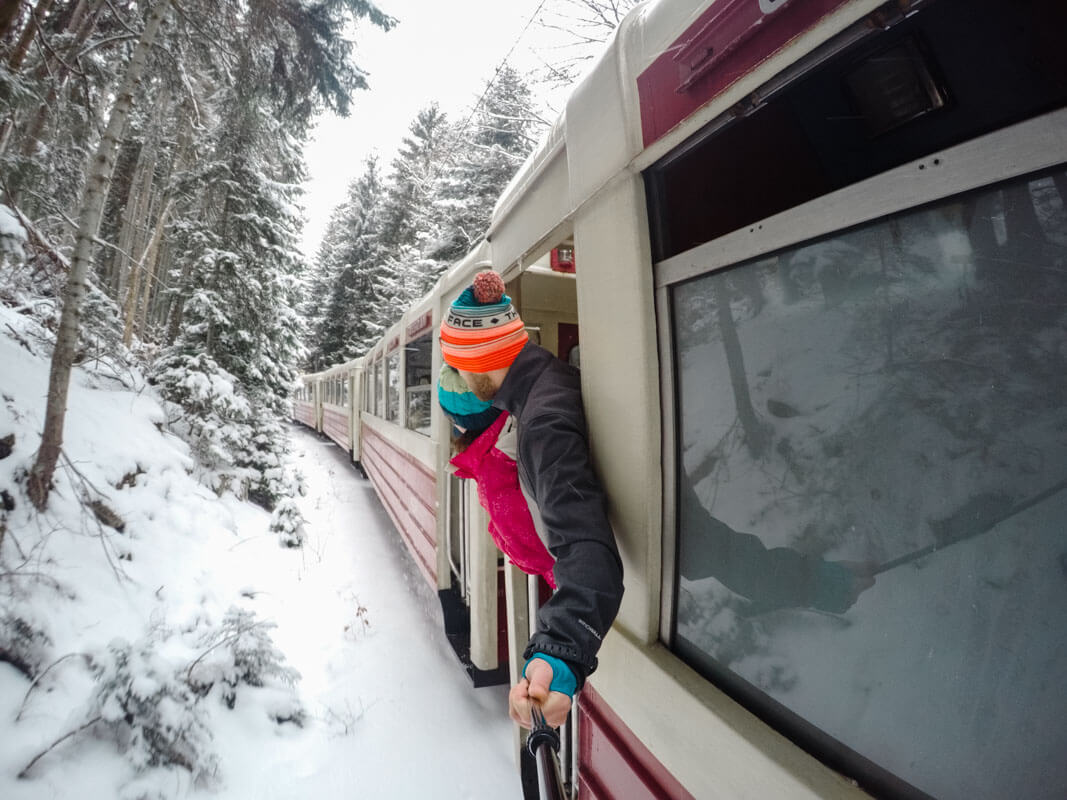 Everything you need to know about Borjomi Bakuriani train journey, including Kukushka train schedule, price, stops, and what to expect

Looking for hiking day trips from Tbilisi? Check out my detailed guide to hiking the Birtvisi Canyon, how to get there, and other useful info 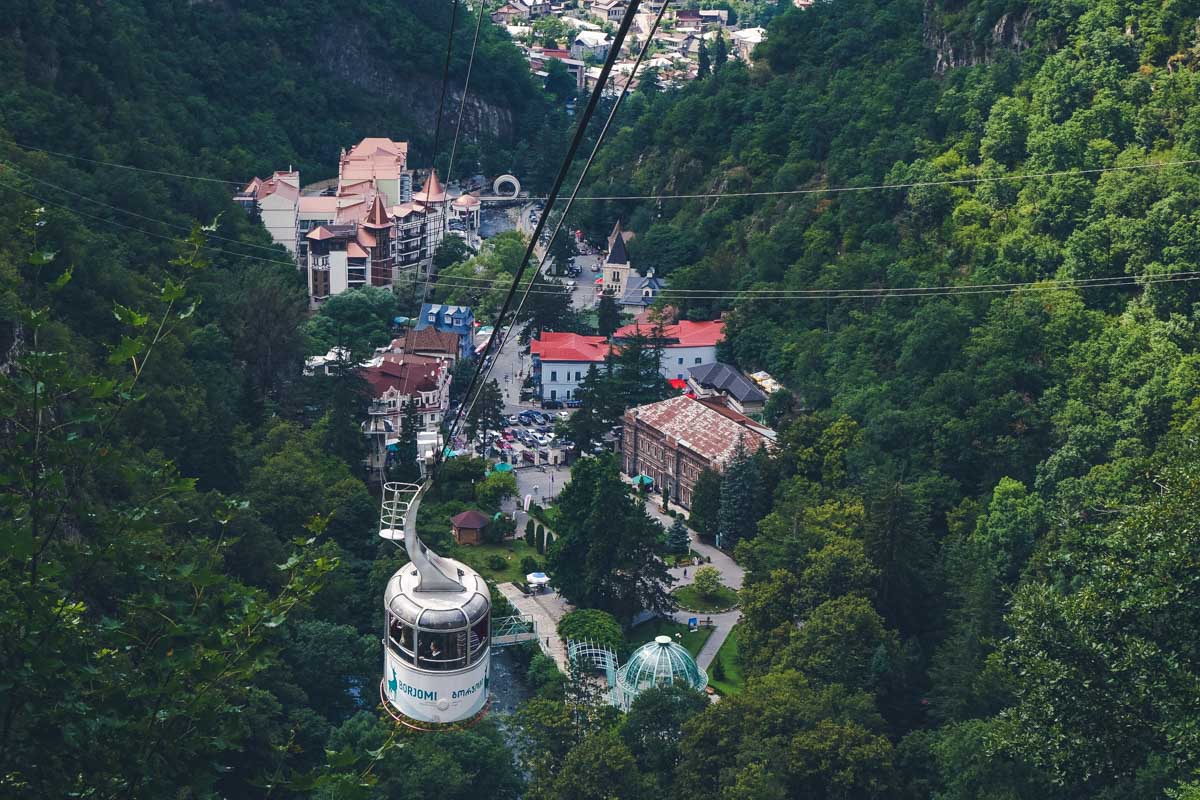 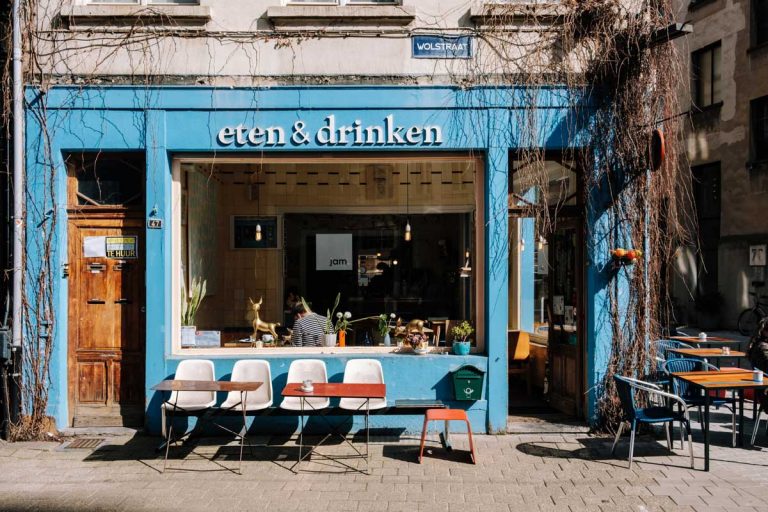 Looking for a place to have a delicious cup of coffee and breakfast or lunch? This list of lovely coffee bars in Antwerp is all you need!

I am Baia, a girl with a red fedora blogging all things travel.

Explore Georgia, Croatia, Poland, Spain, and other off-the-beaten-path and popular destinations with my in-depth city guides.

Get to know me better
error: Content is protected !!